Every Day by David Levithan

EVERY DAY by David Levithan is a speculative YA that can be enjoyed by adults as much, or perhaps even more. It's an original idea. The writing style is entertaining. The book makes you think.

And, you know what? In a way, it's as sad as THE FAULT IN OUR STARS.


Every day a different body. Every day a different life. Every day in love with the same girl.
There’s never any warning about where it will be or who it will be. A has made peace with that, even established guidelines by which to live: Never get too attached. Avoid being noticed. Do not interfere.
It’s all fine until the morning that A wakes up in the body of Justin and meets Justin’s girlfriend, Rhiannon. From that moment, the rules by which A has been living no longer apply. Because finally A has found someone he wants to be with—day in, day out, day after day.

Posted by Yvonne Eve Walus at 12:46 am No comments:

I left my heart in Africa...

OPERATION: GENOCIDE (Stairway Press, 17 September 2013) is a book close to my heart. Very close. So close, it could have been written on the walls of my left ventricle, the life-giving one that one that receives oxygen-rich blood from the left atrium and pumps it through to the entire body.

It’s because in Africa I feel truly alive. The continent feels both totally exotic and totally like home. When I set foot on the sizzling tarmac of Johannesburg’s international airport as an impressionable 12-year old....

Read more
Posted by Yvonne Eve Walus at 12:32 am No comments:

Don’t get me wrong, I’m not into one-night stands. The idea of getting close and intimate with someone I’m not emotionally involved with gives me the creeps. I only included it in my to-do list because I was hurt and devastated and not thinking straight.
Getting dumped wasn’t on my to-do list. Neither was an impromptu trip to Africa. When my now-ex-boyfriend broke up with me, I simply sold my engagement ring and booked the first holiday package I found. My Before-I-Turn-30 list was born on the long flight towards the Black Continent.
And now I’m in Africa. The sun is hot. The air is hot. My energy levels are up there with over-boiling. In just two short weeks, I managed to put a big fat checkmark next to five items on my bucket list. Beats choosing the wedding cake, that’s for damned sure. 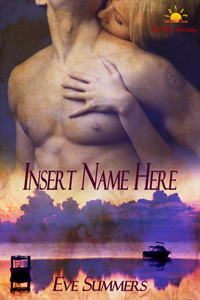 Link: http://redrosepublishing.com/books/product_info.php?products_id=1328
Posted by Yvonne Eve Walus at 12:40 am No comments:

I blame Lee Child for my recent food cravings...

I blame Lee Child for my recent food cravings. No, he didn't make me pregnant. It's just that I’m re-reading THE AFFAIR, and every time Jack Reacher goes into the diner for that enormous cheese burger and the squirrel’s nest of shoestring fries, my mouth starts watering.

Doesn’t help that elsewhere in this book there is the most explicit sex scene Lee has ever written. And for some bizarre yet totally cliché reason, it makes me crave gooey chocolate fudge.

It’s a mark of a great writer to immerse the reader in the book so thoroughly. My only hope is I’m different enough from Reacher not to walk around hitting people. Mind you, if I don’t sink my teeth into a fat cheeseburger soon, I might just start wanting to…

That scene, BTW, it’s good. I know it was nominated for the 2011 worst published scene award, but I disagree. We got the tension and the delay before, we got the distrust after, we got some great visual and auditory effects during. For those who feel there was a lack of emotional reaction, well, that’s Reacher for you. You don’t see him get emotionally involved in a fight, do you?
Posted by Yvonne Eve Walus at 11:19 pm No comments:

If you’ve seen the movie “Julie and Julia”, you will remember the scene in which Julie Powell is cooking the famous Boeuf Bourguignon in the middle of the night. I can relate to that. My family’s recent schedule is so hectic, I sometimes end up cooking dinner the night before. And I do mean the _night_ before. As in midnight, or two in the morning. The difference between me and Julie Powell? I’m not cooking Boeuf Bourguignon. Far too time consuming! In my desperate drive to be done cooking and catch some sleep, I’ve perfected the art of making lasagne in 10 minutes – ready to eat immediately or to reheat the next day.
Another difference between Julie and me? Nobody’s rushing to make a movie about Yvonne Walus.
Posted by Yvonne Eve Walus at 12:32 am No comments: