Choose Me by Tess Gerritsen and Gary Braver

"Choose Me" by Tess Gerritsen and Gary Braver is a bit different from the usual Rizzoli and Isles thriller. Tess Gerritsen fans will still find her traces in the detailed description of autopsy and the clever plot twists, but the book is not written in her voice.

The characters are three-dimensional and likeable, and readers will feel invested in a happy ending.

Warning: the contents may not be suitable for people with triggers for suicide and teacher-student relationships.

Taryn Moore is young, beautiful, and brilliant…so why would she kill herself? When Detective Frankie Loomis arrives on the scene to investigate the girl’s fatal plunge from her apartment balcony, she knows in her gut there’s more to the story, especially after the autopsy reveals that the college senior was pregnant. It could be reason enough for suicide—or a motive for murder.

To English professor Jack Dorian, Taryn was the ultimate fantasy: intelligent, adoring, and completely off limits. But there was also a dark side to Taryn, a dangerous streak that threatened those she turned her affections to—including Jack. And now that she’s dead, his problems are just beginning. 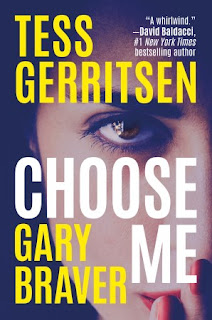 The Liar Next Door

The Liar Next Door by Nicola Marsh is a page-turner. Told in two timelines and from three different points of view, it gives us a glimpse into the lives of three women living in one seemingly perfect neighbourhood.

It's a domestic suspense thriller, but so much more than that. Love and betrayal, friendships, relationships, parenthood - it's all there for the reader to soak in. 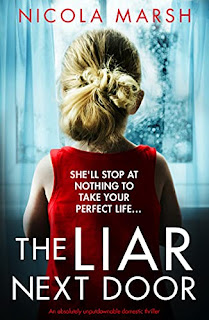 The Midnight Library by Matt Haig

This book is about second chances and making the most out of the cards you're dealt. It's about decisions and consequences. Most of all, it's about the importance of knowing what your dream is before you can follow it.

Between life and death there is a library. When Nora Seed finds herself in the Midnight Library, she has a chance to make things right. Up until now, her life has been full of misery and regret. She feels she has let everyone down, including herself. But things are about to change. The books in the Midnight Library enable Nora to live as if she had done things differently. With the help of an old friend, she can now undo every one of her regrets as she tries to work out her perfect life. But things aren't always what she imagined they'd be, and soon her choices place the library and herself in extreme danger. Before time runs out, she must answer the ultimate question: what is the best way to live? 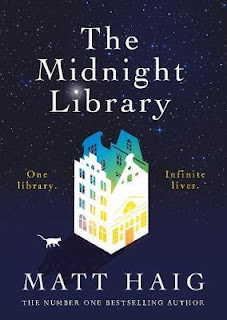 Posted by Yvonne Eve at 1:50 am No comments: