Check out the course I'm tutoring

New this year at SavvyAuthors!
New!!

Learn how to write books that impact the reader and become conversation topics at parties. Make your books count.They say that a human body can survive 3 weeks without food, 3 days without water, and 3 minutes without oxygen. So how long can a human mind survive when bored? How long can a reader stick with a book that doesn’t carry any meaning?Meaning is more than goal, motivation and conflict. It’s beyond the plot or the theme. Meaning is how the plot affects the protagonist and how it impacts on the reader’s life.Don’t kill your story with an empty plot. Come to this workshop to discover techniques that help you translate “First this happened and then that happened” into four-dimensional reader experiences.

Posted by Yvonne Eve at 8:14 pm No comments:

Probably my favourite Jane Harper so far. It grips you from the first chapter and doesn't let go. You're not reading, you're living the book: the heat, the heartbreak, the suspense.


Blurb
Two brothers meet at the border of their vast cattle properties under the unrelenting sun of outback Queensland, in this stunning new standalone novel from New York Times bestseller Jane HarperThey are at the stockman’s grave, a landmark so old, no one can remember who is buried there. But today, the scant shadow it casts was the last hope for their middle brother, Cameron. The Bright family’s quiet existence is thrown into grief and anguish. Something had been troubling Cameron. Did he lose hope and walk to his death? Because if he didn’t, the isolation of the outback leaves few suspects… 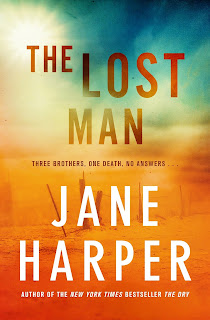 Posted by Yvonne Eve at 1:44 pm No comments:

"Past Tense" is a must-read for all Jack Reacher fans. I probably wouldn't start with this one if you're a newcomer, simply because this book works better once you know the main character and his family, but if this is your first and you want to start now, don't let me stop you.

Great pacing, as usual. An effortless writing style. Ticks all the Reacher boxes without being formulaic.

Jack Reacher plans to follow the autumn sun on an epic road trip across America, from Maine to California. He doesn’t get far. On a country road deep in the New England woods, he sees a sign to a place he has never been - the town where his father was born. He thinks, what’s one extra day? He takes the detour.
At the very same moment, close by, a car breaks down. Two young Canadians are trying to get to New York City to sell a treasure. They're stranded at a lonely motel in the middle of nowhere. It’s a strange place … but it’s all there is.
The next morning in the city clerk's office, Reacher asks about the old family home. He’s told no one named Reacher ever lived in that town. He knows his father never went back. Now he wonders, was he ever there in the first place?
So begins another nail-biting, adrenaline-fuelled adventure for Reacher. The present can be tense, but the past can be worse. That’s for damn sure. 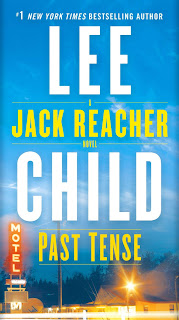 Posted by Yvonne Eve at 1:39 pm No comments: