Another riveting read from my favourite author, Joshilyn Jackson. Although a stand-alone with brand-new characters, "Mother May I" continues the themes found in "Never Have I Ever". So, transgressions from the past. So, is the adult-you with children a different person from the teenage-you who committed said transgressions. And so, therefore, should you disclose everything about your history to your prospective spouse, and if you don't, is their love for you less genuine because they don't know the real you? And you - can you wrap up your wild university adventures in layers of adult life and can you store them in the past forever?

Yeah, sounds like a lot, but it's all background thinking. At the foreground we have a fast-paced domestic suspense thriller, with a missing child and a mother determined to do anything and everything to get her baby back safely.

Written in the uniquely Joshilyn voice, with her beautiful turns of phrase.

Can't wait to read it again. 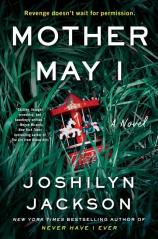 Posted by Yvonne Eve at 2:11 am No comments:

Before She Disappeared - Lisa Gardner

"Before She Disappeared" by Lisa Gardner features a brand new main character, Frankie Elkin. Frankie spends her life working menial jobs and searching for missing people the police has given up on and the public forgotten. I love Frankie and I hope this is the beginning of a beautiful new series.

The book itself is an emotional roller coaster, with several important themes (families, immigration, BIPOC, LGBQT+), a fast moving plot and a homicidal feline. Tightly written, it's a read that's impossible to put down. 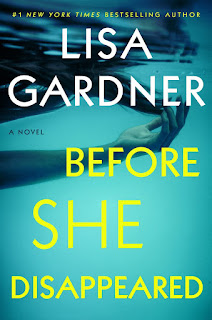 Frankie Elkin is an average middle-aged woman, a recovering alcoholic with more regrets than belongings. But she spends her life doing what no one else will--searching for missing people the world has stopped looking for. When the police have given up, when the public no longer remembers, when the media has never paid attention, Frankie starts looking.
A new case brings her to Mattapan, a Boston neighborhood with a rough reputation. She is searching for Angelique Badeau, a Haitian teenager who vanished from her high school months earlier. Resistance from the Boston PD and the victim's wary family tells Frankie she's on her own--and she soon learns she's asking questions someone doesn't want answered. But Frankie will stop at nothing to discover the truth, even if it means the next person to go missing could be her.