The Seven Deaths of Evelyn Hardcastle

"The Seven Deaths of Evelyn Hardcastle" by Stuart Turton is a time-travel body-snatching who-dun-it. It reminded me of "The Rook", but even so, I found the concept highly original.

One of the better crime fiction books I read this year.

'Somebody's going to be murdered at the ball tonight. It won't appear to be a murder and so the murderer won't be caught. Rectify that injustice and I'll show you the way out.'
It is meant to be a celebration but it ends in tragedy. As fireworks explode overhead, Evelyn Hardcastle, the young and beautiful daughter of the house, is killed.
But Evelyn will not die just once. Until Aiden - one of the guests summoned to Blackheath for the party - can solve her murder, the day will repeat itself, over and over again. Every time ending with the fateful pistol shot.
The only way to break this cycle is to identify the killer. But each time the day begins again, Aiden wakes in the body of a different guest. And someone is determined to prevent him ever escaping Blackheath... 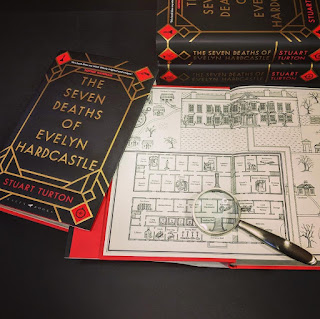 "The Memory Box" by Eve Lesko Natiello has a super-interesting premise at the outset, with another cool premise in the epilogue. For that reason alone, it's worth a read, even if the main character gets on your nerves from time to time (this is probably a personal dis-preference of mine not to read about flaky or weak heroines, so don't let me put you off).

Blurb:
What would you do if you Googled yourself and discovered something shocking? A group of privileged suburban moms amuse themselves by Googling everyone in town, digging up dirt to fuel thorny gossip. Caroline Thompson, devoted mother of two, sticks to the moral high ground and attempts to avoid these women. She’s relieved to hear her name appears only three times, citing her philanthropy. Despite being grateful that she has nothing to hide, a delayed pang of insecurity prods Caroline to Google her maiden name—which none of the others know.The hits cascade like a tsunami. Caroline’s terrified by what she reads. An obituary for her sister, JD? That’s absurd. With every click, the revelations grow more alarming. They can’t be right. She’d know. Caroline is hurled into a state of paranoia—upending her blissful family life—desperate to prove these allegations false before someone discovers they’re true. 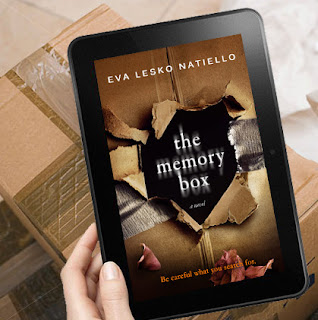