Black-eyed Susans by Julia Heaberlin is an intelligent thriller, written in language that's rich and beautiful and very, very readable.

The premise is as simple as it is brilliant: a survivor of a brutal serial killer is wondering whether the right man is on death row for the crimes. The themes range from motherhood, through the morality of the death penalty to the fallibility of eye-witness statements.

I appreciate that the author chose not to dwell on the victim's ordeal at the hands of the serial killer. Some things are best left to the imagination. The thriller is all the more thrilling this way. Mark Billingham, the author of "Die of Shame" is a comedian. I remember the first time I heard him speak (as a writer, not as a Seinfeld), he mentioned his book titles were intended to make the job easy for the reviewers, as in:


He continued the theme with "Good as Dead" and "The Dying Hours". And now - "Die of Shame". What was he daring critics to say?

And now, the actual review.

"Die of Shame" is not a Tom Thorne novel. Tom makes an appearance in the very last chapter (Phil cameos earlier), but the Detective Inspector who leads the murder investigation is a new face, Nicola Tanner. Refreshing that it's a woman, and I'm looking forward to seeing her personality develop in future books.

I liked the experimental structure of the book. I liked the idea: a group of addicts meets every Monday night for their therapy session, and then one of them is murdered (for a while, we don't even know which one). What I didn't like were the characters. Not a single one of them. OK, they're addicts, and they've done some terrible things. But they're not - nice. You know? I wouldn't want to be friends with them. I wouldn't want to meet them for lunch. I actually didn't care who'd done it, I just wanted him or her to do it again, until nobody of the group was left.

Don't get me wrong, it's actually a good book. Good plot and all. I wouldn't die of shame if I'd written it. 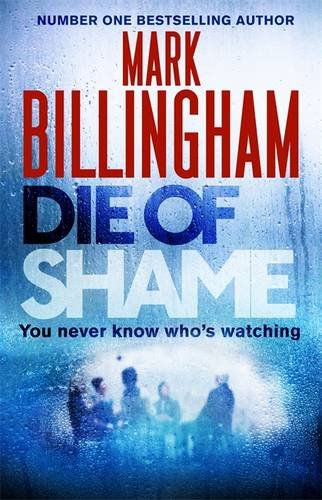 Posted by Yvonne Eve at 8:44 pm No comments:

Another year, another festival...

Auckland Writers Festival, "The Girl on a Train": 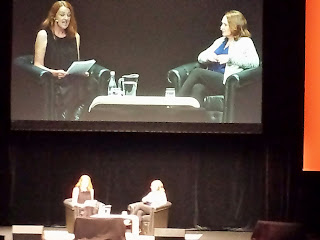 We are all completely beside ourselves

What can I say about "We are all completely beside ourselves" by Karen Joy Fowler that'll convince you to read it? Come on, imagine that elusive, magical something, the one thing that'll make you reach for a book, no questions asked. Now imagine I've just said it about this book. And read it. 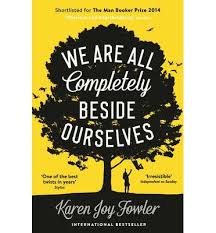 (There is a very good reason I'm not telling you what the book is about. If you don't know, you'll want to be surprised.)
Posted by Yvonne Eve at 1:07 am No comments: