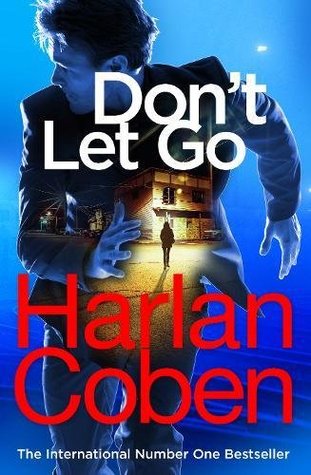 Posted by Yvonne Eve at 4:19 pm No comments:

"The Almost Sisters" by Joshilyn Jackson - in a word: WOW!

If you don't know the beautiful, slightly off-kilter, heart-warming world of Joshilyn Jackson's books, do yourself a favour and get shopping. These are books you want on your shelf, to greet you at the end of a long day; and in your car on CDs, and on your e-reader for when you have five minutes to spare at the dentist and you want to read a few pages of gorgeous prose.

"The Almost Sisters" revisits some themes from "Gods in Alabama" - racism, maternal love, the bond between not-necessarily-biological sisters, old secrets - but it offers a totally different plot and a brand-new set of characters.

You will fall in love, just as I did.

Only read the blurb if you have to. I didn't, and was happy to let the book take me places at its own pace.

Superheroes have always been Leia Birch Briggs’ weakness. One tequila-soaked night at a comics convention, the usually level-headed graphic novelist is swept off her barstool by a handsome and anonymous Batman.
It turns out the caped crusader has left her with more than just a nice, fuzzy memory. She’s having a baby boy—an unexpected but not unhappy development in the thirty-eight year-old’s life. But before Leia can break the news of her impending single-motherhood (including the fact that her baby is biracial) to her conventional, Southern family, her step-sister Rachel’s marriage implodes. Worse, she learns her beloved ninety-year-old grandmother, Birchie, is losing her mind, and she’s been hiding her dementia with the help of Wattie, her best friend since girlhood.
Leia returns to Alabama to put her grandmother’s affairs in order, clean out the big Victorian that has been in the Birch family for generations, and tell her family that she’s pregnant. Yet just when Leia thinks she’s got it all under control, she learns that illness is not the only thing Birchie’s been hiding. Tucked in the attic is a dangerous secret with roots that reach all the way back to the Civil War. Its exposure threatens the family’s freedom and future, and it will change everything about how Leia sees herself and her sister, her son and his missing father, and the world she thinks she knows. 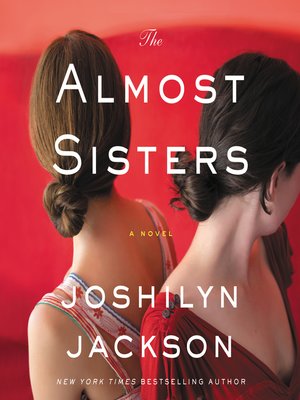 Posted by Yvonne Eve at 5:55 pm No comments:

Then She Was Gone

"Then She Was Gone" by Lisa Jewell is a captivating tale of loss and closure. A page-turner, with believable characters.

THEN
She was fifteen, her mother's
golden girl. She had her whole life ahead of her.
And then, in the blink of an eye, Ellie was gone.

NOW
It’s been ten years since Ellie
disappeared, but Laurel has never given up
hope of finding her daughter.
And then one day a charming and charismatic stranger called Floyd walks into a café and sweeps Laurel off her feet.
Before too long she’s staying the night at this house and being introduced to his nine year old daughter.
Poppy is precocious and pretty - and meeting her completely takes Laurel's breath away.

Because Poppy is the spitting image of Ellie when she was that age.
And now all those unanswered questions that have haunted Laurel come flooding back.

What happened to Ellie? Where did she go?
Who still has secrets to hide?

Posted by Yvonne Eve at 5:43 pm No comments:

Force of Nature by Jane Harper

From the author of "The Dry", here's the second Aaron Falk novel. Just as much of a page-turner as the first. Just as Australian. Just as full of twists.

Five women reluctantly pick up their backpacks and start walking along the muddy track. Only four come out the other side.
The hike through the rugged Giralang Ranges is meant to take the office colleagues out of their air-conditioned comfort zone and teach resilience and team building. At least that is what the corporate retreat website advertises.
Federal Police Agent Aaron Falk has a particularly keen interest in the whereabouts of the missing bushwalker. Alice Russell is the whistleblower in his latest case - in just a matter of days she was to provide the documents that will bring down the company she works for.
Falk discovers that far from the hike encouraging teamwork, the women tell a tale of suspicion, violence and disintegrating trust. But does it include murder?

Posted by Yvonne Eve at 6:31 pm No comments:

Meet Eleanor Oliphant: She struggles with appropriate social skills and tends to say exactly what she’s thinking. Nothing is missing in her carefully timetabled life of avoiding social interactions, where weekends are punctuated by frozen pizza, vodka, and phone chats with Mummy. But everything changes when Eleanor meets Raymond, the bumbling and deeply unhygienic IT guy from her office. When she and Raymond together save Sammy, an elderly gentleman who has fallen on the sidewalk, the three become the kinds of friends who rescue one another from the lives of isolation they have each been living. And it is Raymond’s big heart that will ultimately help Eleanor find the way to repair her own profoundly damaged one.

Posted by Yvonne Eve at 6:22 pm No comments:

The Girls in the Garden - Lisa Jewell


The blurb:
Imagine that you live on a picturesque communal garden square, an oasis in urban London where your children run free, in and out of other people's houses. You've known your neighbours for years and you trust them. Implicitly. You think your children are safe. But are they really? On a midsummer night, as a festive neighbourhood party is taking place, preteen Pip discovers her thirteen-year-old sister Grace lying unconscious and bloody in a hidden corner of a lush rose garden. What really happened to her? And who is responsible?

Posted by Yvonne Eve at 9:41 am No comments: