Overall impression: “Home” by Harlan Coben is the 11th Myron Bolitar thriller (published in September 2016). The good news is, no, the very best top of the world news is, Win is back. This time more than just in a cameo role, he is all over the book and a few chapters are even written in his point of view.  With guest appearances from Mickey, Ema and Spoon, it is guaranteed delight dedicated fans of all ages (but especially those who love Win as much as I do).

What I loved about the book: In case you didn’t get the memo, it was Win. Was, is, and always will be. Also, the pacing is first-class with believable dialogue.

What I didn’t love: The plot is similar to  one of Mr Coben’s previous novels.

What I both loved and didn’t love: The jokes are the same as every other MB book (MB Sports reps, El and Al, Mee). A lot can be said for the nostalgic value of the familiar, however, I probably would have enjoyed the book more if the humour got a bit updated.

Is it a stand-alone? You can read it as a stand-alone and not miss anything plot-wise, though the book is richer if you know Myron’s back story.

So what is it about? A decade ago, kidnappers grabbed two boys from wealthy families and demanded ransom, then went silent. No trace of the boys ever surfaced. For ten years their families have been left with nothing but painful memories and a quiet desperation for the day that has finally, miraculously arrived: Myron Bolitar and his friend Win believe they have located one of the boys, now a teenager. Where has he been for ten years, and what does he know about the day, more than half a life ago, when he was taken? And most critically: What can he tell Myron and Win about the fate of his missing friend? 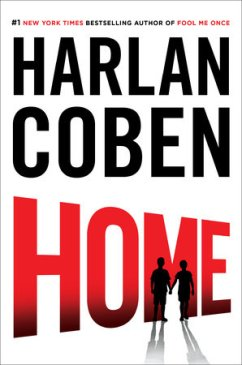 Posted by Yvonne Eve at 2:24 pm No comments: