How far would you go to protect your family?

Would you agree to endanger people you don't know? Would you burn files that could expose evil? Would you confess to a crime you did not commit?

Buy the Kindle version of Operation Genocide and save 84%. 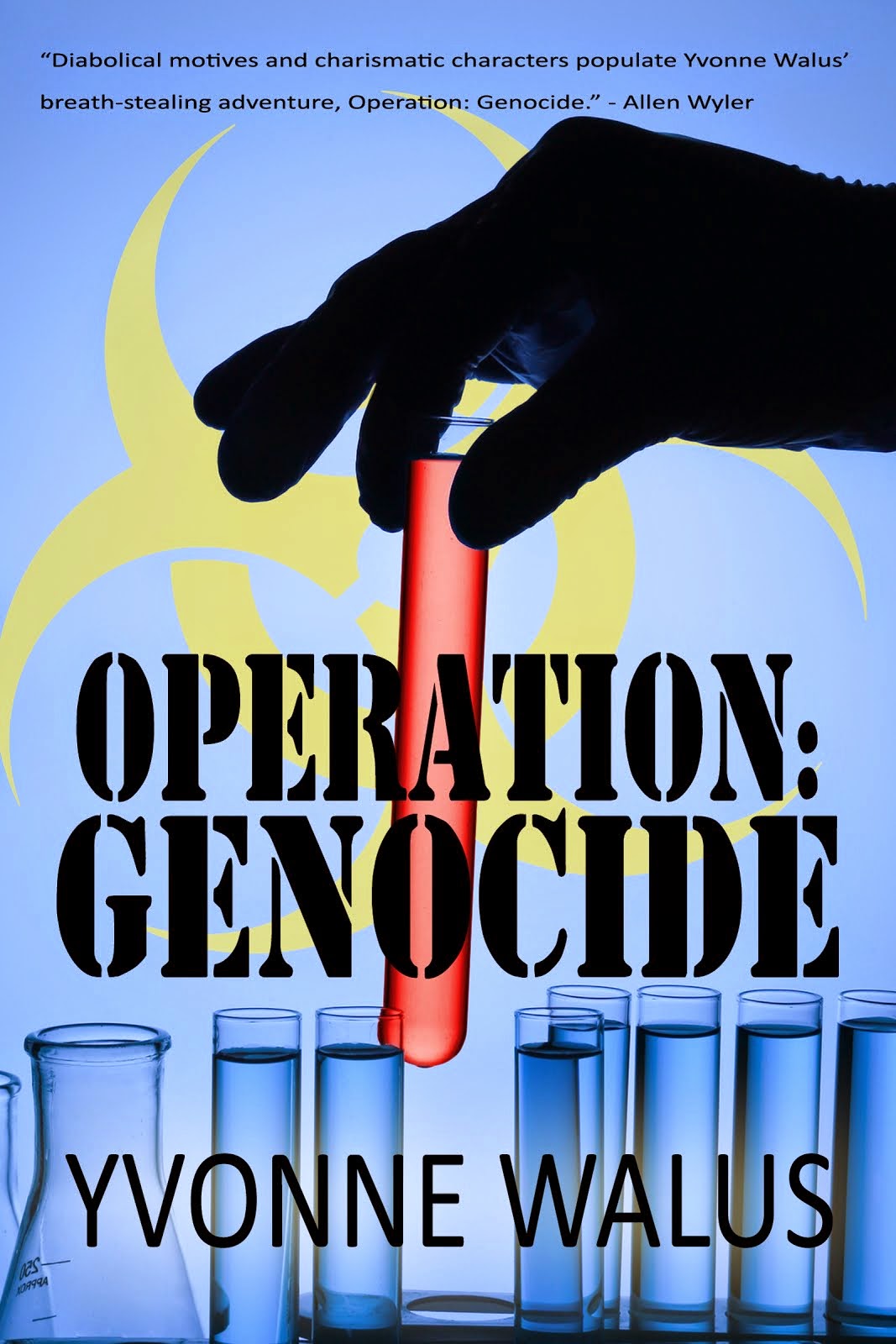 ·         There's no such thing as writer's block. That was invented by people in California who couldn't write. ~ Terry Pratchett

Ode to Multiple UniversesI do have worlds enough and timeto spare an hour to find a rhymeto take a week to pen an articlea day to find a rhyme for 'particle'.In many worlds my time is freeto spend ten minutes over teaAnd steal the time from some far moonso words can take all afternoon,Away beyond the speed of lightI'll write a novel in one night.Aeons beckon, if I want 'em......but I can't have em', 'cos of Quantum.-- Terry Pratchett

Posted by Yvonne Eve at 3:16 pm No comments:

Maybury Place (by New Zealand novelist, Keitha Smith) is what you get when you take Desperate Housewives and make the series into a book set in New Zealand. Mystery, memorable characters you will love or hate (but mostly love), everyday life in the face of extraordinary events. Have you ever felt like peeking into your neighbour’s lives? You can, within the pages of Maybury Place. You’ll find you’re probably living right next door to Lisa, or Joan, or Karen. Enjoy!

From the blurb:
Maybury Place. Tranquil, safe, neighbourly. Until new residents move in to Number Seven and shatter the peace.

Within hours of their arrival four-year old Matthew Fleming has vanished. When the residents rally to search for the young boy they find their new neighbours hostile and uncaring about Matthew’s fate. Events escalate when strange characters start visiting Number Seven, the police are seen calling and one of their homes is robbed. Suspicions grow, causing the original neighbours to unite, determined to defend Maybury Place from unsavoury elements.

But is everything quite as it seems? Are the new inhabitants as bad as everyone fears? And has the prior tranquillity of Maybury Place merely masked hidden secrets? Little does the group know that banding together will provide the catalyst for change, lead to revelations and even bring a chance of love.