I've read the reviews that agree with me, and I've read those that don't. The former affirmed my opinion. The latter didn't budge it.

This book, Jack Reacher 24, is pure escapism. I want to be Reacher, and at the same time I want to be friends with him. Yeah, probably more than friends. And I definitely want to give him a list of bad people to visit.

It reads fast, too fast. That's the worst thing that I can say about it.

It's a random universe, but once in a blue moon things turn out just right.
In a nameless city, two rival criminal gangs are competing for control. But they hadn’t counted on Jack Reacher arriving on their patch.
Reacher is trained to notice things.
He’s on a Greyhound bus, watching an elderly man sleeping in his seat, with a fat envelope of cash hanging out of his pocket. Another passenger is watching too ... hoping to get rich quick.
As the mugger makes his move, Reacher steps in.
The old man is grateful, yet he turns down Reacher’s offer to help him home. He’s vulnerable, scared, and clearly in big, big trouble.
What hold could the gangs have on the old guy? Will Reacher be in time to stop bad things happening?
The odds are better with Reacher involved. That's for damn sure.

Posted by Yvonne Eve at 10:18 am No comments: Links to this post

The Two Lives of Louis and Louise

Louis and Louise are the same person born in two different lives. One was born female, and one male.
They have the same best friends, the same red hair, the same dream of being a writer, the same excellent whistle. They both suffer one catastrophic night, with life-changing consequences.
Thirteen years later, they are both coming home . . . 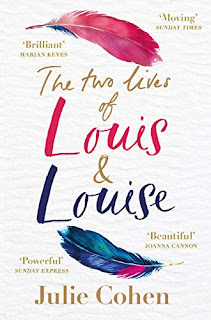 Posted by Yvonne Eve at 10:11 am No comments: Links to this post