To all my readers: may 2014 bring you everything you've ever wished for, and more. Good health and happiness, pink balloons and limo rides, exotic travel and kind bosses, perfect weather, lots of family time and enough me-time, love, friendship, kindness, patience, chocolates and champagne.

To me: may it bring me lots of sold copies of OPERATION GENOCIDE. 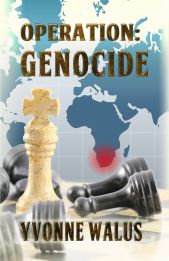 Posted by Yvonne Eve Walus at 1:21 am No comments:

My Christmas Gift To You

To celebrate Christmas, I'm giving away sacks of semi-precious stones from South Africa. No, not diamonds, LOL, and not very big sacks - about five gems in each. 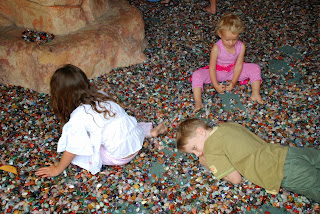 Simply buy my book, OPERATION: GENOCIDE, and email yve at xtra co nz with the heading semi-precious stones. Remember to include your postal address!
Posted by Yvonne Eve Walus at 12:39 am No comments:

You won't be able to open a newspaper or browse the Internet this week without seeing the smiling, benevolent face of Nelson Mandela. You will hear people who used to have him on their terrorist lists praise his life's work. You will hear people who supported him mutter that his presidency left the country's poor no richer. You may even come across those who openly point out Nelson Mandela's violent past and the fact that he supported South Africa's armed struggle throughout most of his life (more details here).

What I want to talk about today, though, is the context. I want to tell you about the South Africa that Nelson Mandela was fighting. It was a beautiful land, a land impossible not to love, and you only need to read Alan Paton's classic CRY THE BELOVED COUNTRY to feel it. But it was a land of many facets, many faces. Some people hated it, or thought they hated it (read about hating the South African flag here). Others were willing to die in its name.

And that's what my latest book, OPERATION GENOCIDE, is about: the government Nelson Mandela opposed, the people on either side of the barricades who didn't know better, and about the country that evokes political passion.

Read it. Think about it. And tell me what you thought.

Posted by Yvonne Eve Walus at 10:40 am No comments:

"Sail" by James Patterson gets 5/5 for pacing from me, but only 2/5 for character development. Try as hard as I did, I couldn't really care about the heroine, her brother-in-law, or her children. The antagonist didn't have any redeeming qualities, either, no softer side that made the reader sympathise with his point of view. I read the book to see what else could go wrong (everyuthing), but all the time it felt as though I was reading the second draft of the novel, and the fleshing out of the events and characters was still to come. It didn't. From a bestselling author, I expect a lot more.

Posted by Yvonne Eve Walus at 12:35 am No comments: